July 6, 2017
The Tulsa Community College Foundation has named Alison Anthony as the 2017 Vision in Education Leadership Award recipient. As President of The Williams Foundation, Inc. and Director of Strategic Outreach for Williams, she is being honored for her local and national contributions to education, diversity, inclusion, and community development.

The evening will also mark the 10th anniversary of Tulsa Achieves, a program that served as a nationwide model for free public higher education. Created in 2007, Tulsa Achieves is a gap funded program that has assisted more than 15,000 students in attending college and covers tuition and fees after federal student aid is exhausted.

Anthony will be recognized for her contributions at the annual Vision in Education Leadership Award Dinner Thursday, Sept. 14 at the Cox Business Center in downtown Tulsa. A reception will begin at 6 p.m. with dinner to follow at 7 p.m. The 2017 Vision Honorary Co-Chairs are Michael and Libby Johnson. Jim Langdon and Steve Turnbo will serve as the Dinner Committee Co-Chairs.

“Anthony’s work in the areas of education, volunteerism, and community involvement makes the Tulsa area a better place to live,” TCC President & CEO Leigh B. Goodson, Ph.D. said. “We have all benefitted from this hard-working leader who steps forward with innovative ideas, is not afraid to take risks on behalf of others, and connects people for collaborative solutions.”

Anthony is an authentic and inclusive leader who consistently embraces the responsibility of supporting education initiatives for Tulsa and Williams, including the Tulsa Regional STEM Alliance and the TCC Engineering Alliance. Recently, she helped to showcase Oklahoma STEM efforts when Williams and the Charles and Lynn Schusterman Family Foundation co-hosted the National STEM Funders’ Network in Tulsa.

In addition to honoring Anthony, the evening will showcase the success of Tulsa Achieves and how our community has been shaped by a program that provides a college degree path for qualified graduating high school seniors living in Tulsa County.

“TCC Foundation scholarships provide the critical link to students between their educational aspirations and their accomplishments,” said Lauren Brookey, TCC Vice President of External Affairs and President of the TCC Foundation. “In the last 10 years, we’ve increased our scholarship giving and tripled the amount we give each year to students.”

Leadership sponsors include Robin Ballenger, Blue Cross and Blue Shield of Oklahoma, Cherokee Nation Businesses, Cox Communications, Michael and Libby Johnson, and SemGroup. In addition, the Charles and Lynn Schusterman Family Foundation has issued a challenge sponsorship and will match a $25,000 Visionary sponsorship.

For information regarding sponsorships and tickets to the 2017 Vision in Education Leadership Award Dinner, call (918) 595-7836 or tulsacc.edu/visiondinner. 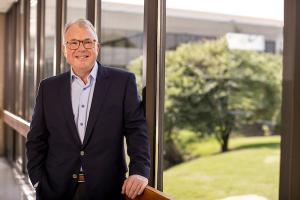 August 23, 2021 Adwon took the oath of office during the TCC Board of Regents meeting on August 19 and will serve a...
View all news