Dr. Diana Spencer, Professor and Coordinator of Biotechnology, along with students Samantha Rice and Ashton Williams, recently visited the nation’s Capitol to share their research in biotechnology with legislators and members of the Community College Undergraduate Research Initiative (CCURI) Advisory Board.

Rice presented Analysis of Glyceraldehyde-3-Phosphate Dehydrogenase Genes in Oklahoma Plants. She did the research as part of the Lab Sprints Plus Course, which is an applied science research course.

Williams’ project was embedded in the curriculum of cell culture. She presented Effect of Industrial Pollutants on Mammalian Cell Viability.

The two students represented several students who worked on each project.

“We knew that if we got one chance to state our passion for science, then it was necessary to share that the federal dollars spent through the grant were developing critical thinking and innovations,” Spencer said. “Novel thinking produces jobs and builds the economy. Scientific research is one answer to improve the quality of life. What an honor it was to share our thoughts.”

While in Washington, D.C., students met U.S. Congressman Jim Bridenstine, Richard Yamada, from the U.S. House Committee on Science, Space and Technology, and other national leaders.

The National Science Foundation Community College for CCURI funded the trip and much of the research. 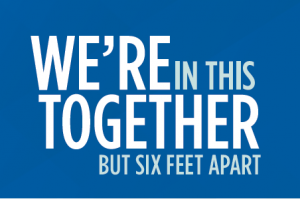 July 31, 2020 “Every effort is being made to help ensure a safe environment for both students and employees...

July 28, 2020 What All Employees Need to Know (Overview) The FFCRA is a brand-new law enacted by the federal...

July 27, 2020 Students are highly encouraged to continue using virtual services . However, if a student needs...
View all news