After more than three decades on the podium, Dr. G. Barry Epperley announced he will step down as Artistic Director and Conductor of the Signature Symphony at Tulsa Community College on July 31, 2014. “I have decided that after 35 years on the podium with this wonderful group that this is probably a good time to kick-off the next phase for the orchestra,” said Epperley.

Epperley founded the ensemble, formerly the Oklahoma Sinfonia, in 1978. The group became the orchestra-in-residence at TCC and made the VanTrease Performing Arts Center for Education its home under the name, Signature Symphony at TCC, in 1996.

Epperley said he made the decision to step down after a carefully thought-out plan for the future of the Signature Symphony at TCC. A departure plan, he said, he considered for some time and discussed with TCC administration for several month before making his announcement public. “As founder of the ensemble, I felt it was my duty to help assure a well-planned and comfortable transition for the next artistic director or team that takes leadership of the orchestra,” said Epperley.

Signature Symphony at TCC will select a search committee and begin the search for Epperley’s replacement this year with the administration and advisory board soliciting and evaluating applications for the artistic director position. The final candidates will be interviewed and go through an audition process for the 2014-15 season.

While the search process moves forward, Epperley will still be a fixture on the podium and behind the scenes. In a letter to patrons of the Signature Symphony, Epperley said, “More than anything, I want to thank you for your past and future support of the Signature Symphony. I hope you will join me in supporting this transition, and in our continued work to keep great music and music education alive in Tulsa and Oklahoma.” He will conduct many of the Signature Symphony at TCC’s programs for the upcoming season and he is currently finalizing the programming for the 2014-15 season. 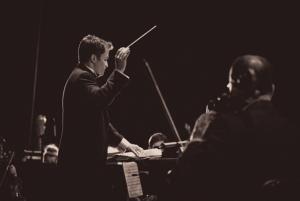 Celebrate the Red, White and Blue 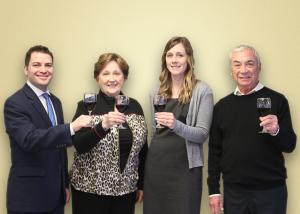 Signature Symphony at TCC Takes You Around the World with Food, Wine and Music