Andrés Franco has been named the new Artistic Director and Conductor of the Signature Symphony at Tulsa Community College. The TCC Board of Regents approved the hiring at the March 12 meeting. The vote capped off an intensive national search and selection process following the announcement that Dr. Barry Epperley, founder of the orchestra would retire.

“The search for our new artistic director and conductor has been a collaborative journey that engaged our musicians and our patrons as well as the Signature Symphony advisory board, community members and artistic leadership in Tulsa,” said Conductor Search Committee Chair and TCC Southeast Campus Provost Dr. Brett Campbell. “The 11 members of the search committee dedicated numerous hours to this process over the past two years. I want to thank them for their commitment as well as the support and guidance from TCC’s performing arts leaders during this process.”

The Signature Symphony Conductor Search Committee narrowed the applicants to three highly qualified conductors who headlined the 2014-2015 season. This year-long selection process had an added benefit of allowing Signature Symphony musicians to play under the baton of three different individuals with unique styles and approaches to music.

“It has been an amazing experience to hear the technical and artistic growth of the orchestra throughout this season,” said Signature Symphony Concertmaster Maureen O’Boyle. “The musicians rose to the occasion for each of the diverse conductors and programs, bringing the orchestra to a whole new level. The rigorous search process brought out the best in the orchestra, and we look forward to continuing this exciting progress as we begin a new chapter in the life of the Signature Symphony.”

Franco established himself as the conductor to watch during his two trips to Tulsa by getting rave reviews and building relationships with the Signature Symphony patrons and musicians. He created two strong and crowd pleasing performances with the orchestra. In February, he mesmerized the audience with “The Music of John Williams” and captivated the crowd during the October Classics concert featuring guest artist and classical guitarist Jason Vieaux. Not long after performing with the Signature Symphony, Vieaux won the Grammy for Best Classical Instrumental Solo.

“Franco impressed me with his musicality, his respect for the orchestra players and their time, his ability to relate to people and musicians of all ages, his international background, and his desire for the job,” said Hannah Robson, member of the search committee. “As a community representative on the committee, I wanted the best candidate for TCC and someone who would be great for the Tulsa community. We, in Tulsa, are fortunate to have him, and I am looking forward to next season.”

A native of Colombia, Franco has served three seasons as the Artistic Director of the Concerts in the Garden Summer Festival with the Fort Worth Symphony Orchestra and five seasons as Principal Conductor of Caminos del Inka, a highly successful multimedia project. Highlights of his 2014-2015 season are subscription debuts with the Columbus Symphony and Fort Worth Symphony Orchestra, as well as return engagements with the Houston and St. Louis Symphonies.

“From the moment I arrived in Tulsa, I felt an immediate connection with the entire Signature Symphony family from the audience to the musicians,” said Franco. “The two concerts I conducted this season were very special because of the incredible reaction from the audience and the artistic quality achieved by the orchestra. I look forward to working with this outstanding group of musicians and building on the excitement created this past year as well as continuing the incredible tradition started by Dr. Barry Epperley.”

Franco assumes the helm as only the second music director in the 36-year history of the orchestra. Signature Symphony at TCC includes 70 professional musicians who not only perform with the orchestra but also teach and coach music students at TCC, other colleges and universities, and various public and private schools and studios through the area.

“TCC is proud to have a professional orchestra in-residence and the Signature Symphony is an integral partner with TCC’s Performing Arts and Music Education programs,” said TCC President and CEO Leigh B. Goodson. “Signature Symphony adds a great deal to the learning environment and artistic achievement at TCC as well as to the greater Tulsa community.”

Signature Symphony at TCC is made possible in part by a grant from the Oklahoma Arts Council.

You can reserve your 2015-2016 season tickets by calling the TCC Southeast Campus VanTrease Performing Arts Center for Education ticket office at (918) 595-7777 or find more information at www.signaturesymphony.org 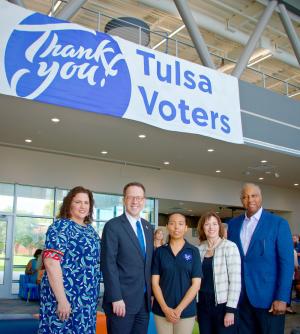 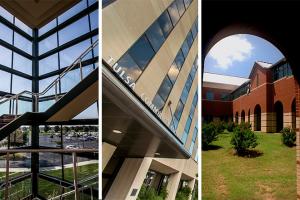