January 11, 2017
Students and staff at Tulsa Community College are putting the final touches on the float for the 2017 Martin Luther King Jr. Parade in Tulsa. Volunteers will gather indoors from 1 p.m. to 5 p.m., Thursday, Jan. 12 at the TCC Northeast Campus Carpenter Shop to work on the float. The 2017 parade theme is “Love Conquers Hate.”

“This theme reminds us all that we have to work together to overcome hate and discrimination,” said Eunice Tarver, interim TCC Northeast Campus provost and assistant vice president for diversity & inclusion. “As Martin Luther King Jr. said, ‘Intelligence plus character is the true goal of education,’ and it speaks to the heart of what we do at TCC and our mission.”

TCC President Leigh B. Goodson, along with TCC faculty, staff, and students will march in the Martin Luther King, Jr. Parade on Monday, Jan. 16. The parade begins at 11 a.m. but anyone interested in walking in the parade will need to be in place by 10:30 a.m. at the intersection of John Hope Franklin Blvd. and Martin Luther King, Jr. Blvd., one block north of downtown.

“As a community, we have a responsibility to carry out Dr. King’s legacy and continue to work toward a common goal – a community where diversity thrives, where dreams become reality and where love does conquer hate,” said TCC President Leigh B. Goodson, Ph.D.

Transportation for TCC faculty, staff, and students to the parade staging area will be provided for those wanting to park at the TCC Metro Campus. Pick-up times are 9:30 a.m. and 10 a.m. from the parking lot north of the Thomas K. McKeon Center for Creativity. Faculty, staff and students are encouraged to wear TCC Blue. A TCC scarf will be provided to the first 50 participants that arrive at the TCC float on the day of the parade.

This is the second year TCC has had a float in the Martin Luther King Jr. Parade. In 2016, the TCC float won first place in the Non-Corporate/Community Group category. 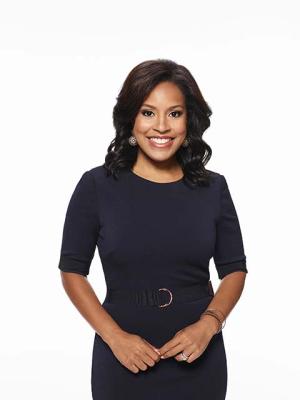 February 25, 2022 The event is Tuesday, March 1 and sponsored by the TCC Mass Communication Division, the TCC...

May 25, 2021 Developed over the past year, nearly 200 students at TCC and Tulsa Public Schools worked to create...
View all news