April 9, 2018
Take a small deli in Athens, New York, a health inspector and mix in a number of tragic Greek characters from literature and you get the recipe for a hilarious comedy, “Greek Soup.” Written by Mark Frank, the zany play won the Kennedy Center American College Theater Festival Region 5 merit award for Outstanding Writing of a Farce in 2003.

Frank, TCC faculty department chair and assistant professor and coordinator of theatre, is also directing the TCC Theatre Department production which allows the cast to learn from him as both the writer and director.

“I don’t think the cast members have been part of a play that was written by a director before, so that process for students is new and exciting,” said Frank. “As the writer, I may alter a character’s dialogue so the actors have to learn to be flexible.”

In this comedy, Eddie Pius (Oedipus Rex) runs a small New York deli with Medea, Jason, Iphigenia, Helen of Troy, Cassandra, and Creon as his employees. Their lives finally seem at peace until a health inspector, Greg Horace (Greek chorus,) is sent by Zeus to shut down Eddie’s Deli. Now, they have to work together to save their restaurant from being closed.

“Our approach is to take these classic Greek characters from literature and place them in a contemporary setting in 2018 and the possibilities are endless for conflict and comedy for today’s audiences,” said Frank.

Tickets are $10 for adults, $8 for seniors, and $6 for students, TCC faculty and TCC alumni. Student and teacher rush tickets are available for $3 one-hour prior to show time with a valid student or employee ID from their educational institution. This offer is limited to two tickets per student or educator and subject to the availability of open seats. Tickets can be purchased at the PACE Box Office, by calling 918-595-777 or online at www.myticketoffice.com.

November 12, 2020 These events are free to the community and combine the production as well as a costume and set... 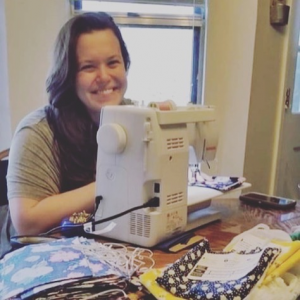