June 16, 2016
Two student journalists at Tulsa Community College were recognized with state honors by the Oklahoma Collegiate Media Association for their work with the TCC Connection, the student publication.

Jim North was named Journalist of the Year among two-year colleges by OCMA. This is the highest honor for a student journalist at a community college. North is the TCC Connection Southeast Campus Editor. In addition, he was awarded first place in Feature Writing, General News Writing, and Reviews categories; second place in Feature Photography, and Reporting Portfolio; and Honorable Mention each in News Photography and Photography Portfolio in the two-year college category.

North graduated from TCC in May with an associate degree in Journalism and Mass Communication. He plans to attend OU in fall 2016 and hopes to finish his bachelor’s and master’s degrees in three years.

“I am grateful for the many wonderful classes, instructors, and experiences at TCC,” North said. “I owe a great debt to the newspaper staff and team, as well as to this unique opportunity. Writing is like fishing; I’ve been able to cast out my line and reel in some great stories.”

TCC Connection Metro Campus Editor Zach Redwood was awarded first place in Sports Reporting in the two-year college category. Redwood is a journalism and mass communications major with an emphasis in broadcasting. He plans to graduate in May 2017.

“Our student publication serves as a journalistic laboratory for students,” said Jerry Goodwin, assistant professor in Journalism and Mass Communications/Digital Media and faculty adviser to The Connection. “We have a dedicated group of students committed to promoting the highest standards in journalism.”

North also received recognition by the Society of Professional Journalists – Texas & Oklahoma region with second place, Feature Writing in the two-year college and four-year university category and as well as a finalist in the In-Depth Enterprise category by the Oklahoma Press Association.

For more information about the Journalism and Mass Communications and Digital Media program, contact beverly.bailey@tulsacc.edu or jerry.goodwin@tulsacc.edu. 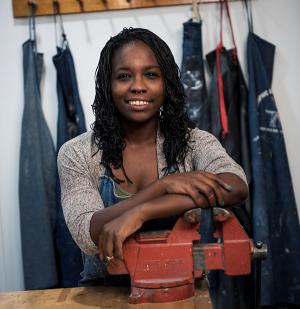 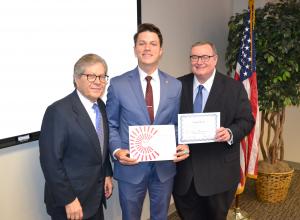