TCC campuses will be closed today, Monday, January, 30.
All classes and student services will be virtual. Contact your faculty member with questions.

Sand Springs native Reed Sowell didn’t take the traditional path to TCC. After graduating from Charles Page High School he went directly to Oklahoma State University in Stillwater to study Finance, but three years into his degree, he decided he wasn’t going to find the career satisfaction he was looking for.

“I just looked at where I was going and wasn’t interested in those jobs after college,” he said. “TCC was a place where I could take a few classes I needed to get to where I’m going.”

Reed rebooted his college experience at TCC and prepared for a transition into the education field. By taking classes and working in the Campus Police office at TCC’s West Campus, he was able to bridge his way to a different path. Reed is now enrolled at Northeastern State University as an Early Childhood Education major.

“It was great for me that TCC was so close to home,” he said. “Everyone was so helpful at getting me into classes and work so I could get my footing as I shifted in a different direction.” 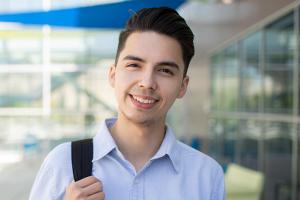 University Transfer Student As the first in his family to attend college, Juan Gandara, is on track to graduate with an associate degree in Mechanical Engineering in May 2023 from TCC. “I've been involved with STEM... 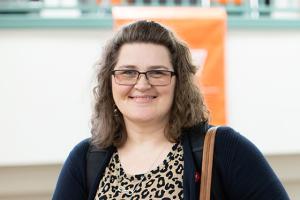 University Transfer: College Park Student With a goal of advancing her career, Debra Dunklin, a mother of four, enrolled at TCC to pursue a Business Administration /Human Resources Management degree. “Evening classes are the only way I... 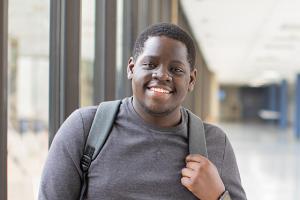 University Transfer: Web Development Student Although he didn’t consider himself “college ready” when he decided he needed a bachelor's degree, Paul Chanda checked out TCC and was interested in the computer classes offered...
Explore all stories