After a decade in the food service industry, he wanted a better life for his eight-year-old son, so he explored his options. Pell grants and tuition waivers provided him an opportunity, and he’s thrived, becoming a successful member of TCC’s Honors Program.

Honors Scholars take at least 24 credit hours of honors classes (or 21 honors credit hours with an approved, student-proposed service project) and complete an associate degree. Students who complete the program and graduate with an overall TCC grade point average of at least 3.5 earn an Honors Scholar designation on their transcript. Special scholarship opportunities, such as the TCC Honors Tuition Waiver and a large transfer scholarship from the The University of Tulsa, are among the benefits available to TCC Honors Scholars.

“The Honors Program has been really awesome,” Pizza said. “It’s showed me I can better myself, that I can do more than I thought I could. And the tuition waiver they offer has helped out a lot.” He enjoyed the smaller classes and more in-depth interactions with his instructors.

The son of Mexican immigrants, Pizza remembers teaching his parents English and helping them pass their citizenship tests. In spite being fluent, he arrived at TCC not knowing how to read or write Spanish. He is now on the verge of finishing his Spanish Language Associate in Arts and completing his World Languages – Spanish Interpreting Skills.

Pizza choose his major after meeting an interpreter, and plans to pursue his Bachelor’s degree while working in the field as a contractor. So far, his favorite class has been Spanish Interpretation for the Courtroom.

“Eventually, I’d like to be an interpreter at the Supreme Court, but that requires a more advanced degree. It’s taken me longer than a traditional student, but I usually achieve my goals when I set them,” he said. “My son is excited about school because he sees what I’m doing.” 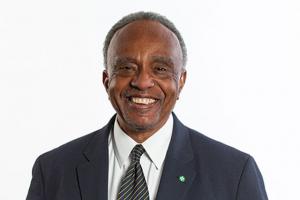 Clifton Taulbert's Story Born and raised in the Mississippi Delta, Clifton joined the Air Force in 1964 and served in the 89th Presidential Wing. He was later inducted in the Enlisted Airman Hall of Fame. He came to Tulsa... 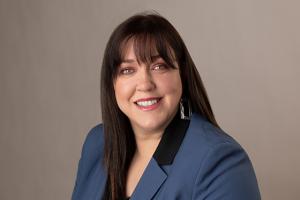 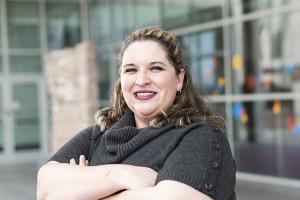 Bethany Niman Crediting Tulsa Community College with giving her confidence, Bethany Niman went from just wanting to survive college to thriving in the experience. She is now eyeing graduate school. She earned a...
Explore all stories