Leigh B. Goodson, President and CEO 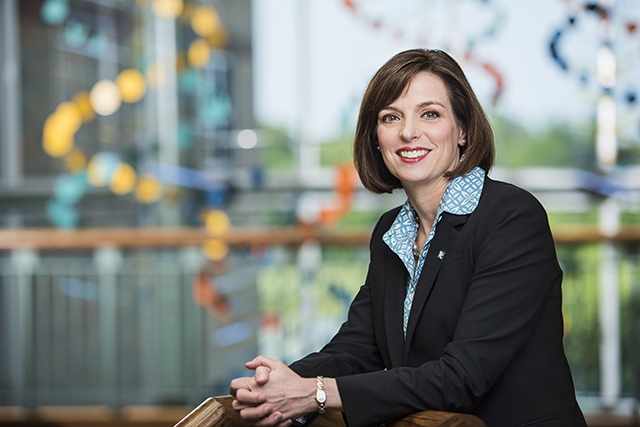 Leigh B. Goodson has served as president and chief executive officer of Tulsa Community College since July 2014. As president at TCC, she successfully launched and met the College’s $20 million campaign, developed Oklahoma’s first “early college high school program,” gained TCC acceptance into the AACC Pathways Project funded by the Bill and Melinda Gates Foundation and is a key contributing member of the Tulsa Higher Education Consortium, a collaborative partnership with local universities. In 2021, under her leadership, TCC won the American Association of Community College’s (AACC) Award of Excellence in both the Student Success category, as well as Safety and Planning.

Dr. Goodson earned a Doctor of Philosophy in Education Research and Evaluation from OSU, a Master of Science in Organizational Communication from Fort Hays State University in Hays, KS., and a Bachelor of Arts in Political Science from OSU. She is a graduate of Leadership Oklahoma class XXIII and Leadership Tulsa Class 35 and completed an Aspen Presidential Fellowship in 2016. In 2020, The Journal Record recognized Goodson as Oklahoma’s Most Admired CEO in the public category and inducted her into the Circle of Excellence for being honored three times as a 50 Making a Difference honoree at its annual Woman of the Year event. She is an active member of her community, and currently serves on the boards of the Oklahoma Business Roundtable, Tulsa Area United Way, Jobs for the Future Policy Trust, CCCSE National Advisory Board and Tulsa Regional Chamber. She is a sought after local and national guest speaker on various topics including leadership development and community college student success. Goodson has invested herself and her career in education, having served previously as a university faculty member, university administrator and school board member for Tulsa Public Schools. Her priority and passion is student success.