The official governing body of Tulsa Community College is the Board of Regents, which is composed of seven members appointed by the Governor of the State of Oklahoma for a seven-year term or as designated. Following the objectives set out for community colleges by Oklahoma State Statutes and the functions assigned by the Oklahoma State Regents for Higher Education, TCC's Board of Regents direct the institution in achieving its mission and strategic goals, establish policies related to programs and services, ensure effective educational programming, and oversee the budget to ensure responsible stewardship.

Meet the Members of the TCC Board of Regents.

Review the TCC Board Policy Manual for greater detail on the role of the board in leading TCC.

Members of the Board of Regents 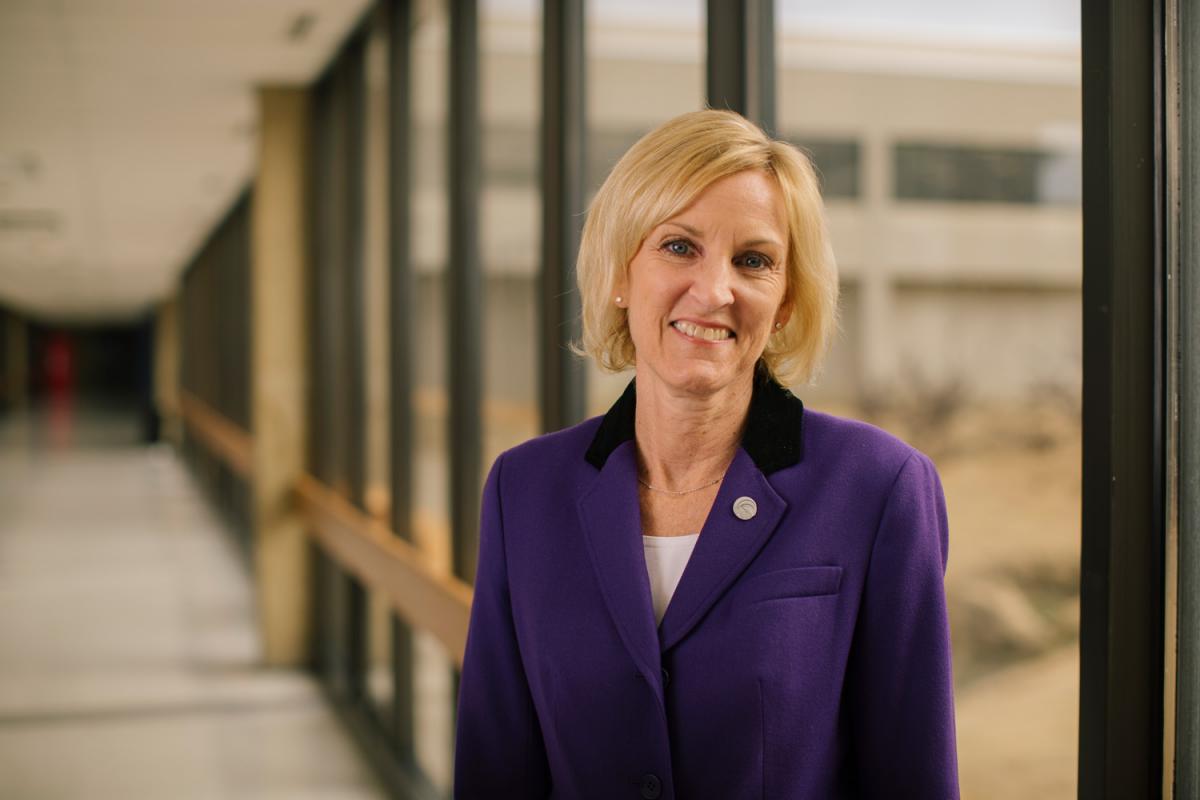 Caron A. Lawhorn was appointed to the TCC Board of Regents in 2016 by Oklahoma Governor Mary Fallin.

She is senior vice president, chief financial officer, of ONE Gas. At ONE Gas’s separation from ONEOK, Inc. into a standalone, publicly traded company, Regent Lawhorn was named senior vice president, commercial, responsible for commercial activities of ONE Gas’s three natural gas distribution utilities – Oklahoma Natural Gas Company, Kansas Gas Service and Texas Gas Service. In early 2014, Lawhorn served in the same role at ONEOK, Inc., prior to ONE Gas becoming a stand-alone, publicly traded company. Prior to that, she was president of ONEOK’s natural gas distribution segment. From July 2009 until March 2011, she was senior vice president, corporate planning and development of ONEOK and ONEOK Partners, responsible for business development, strategic and long-range planning and capital investment.

She became senior vice president and chief accounting officer of ONEOK in 2007, adding responsibility for ONEOK Partners in 2008. Prior to that, she was senior vice president of financial services and treasurer of ONEOK. Regent Lawhorn joined ONEOK in 1998, after serving as a senior manager at KPMG and chief financial officer of Emergency Medical Services Authority in Tulsa.

Regent Lawhorn earned her Bachelor of Science degree in Business Administration from the University of Tulsa, where she was named an Outstanding Alumna in the College of Business. She also is a graduate of the Harvard Business School’s Advanced Management Program. 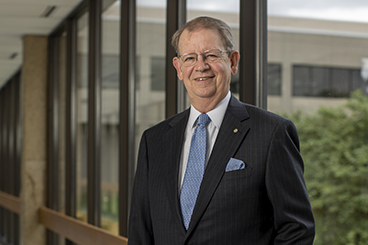 James H. (Jim) Beavers, a Broken Arrow businessman, was appointed to the Tulsa Community College Board of Regents by Oklahoma Governor J. Kevin Stitt and approved by the Oklahoma Legislature in May 2020.

A graduate of the University of Tulsa with a Bachelor of Science degree, Regent Beavers has received numerous community awards, including Citizen of the Year and the Broken Arrow Legacy Award from the Broken Arrow Chamber of Commerce. 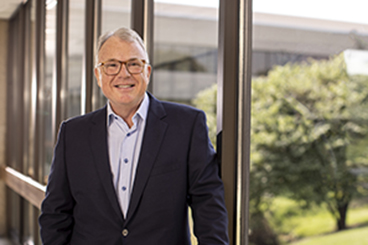 P. Mitchell (Mitch) Adwon, a Tulsa businessman, was appointed to the TCC Board of Regents in 2021 by Governor Kevin Stitt. 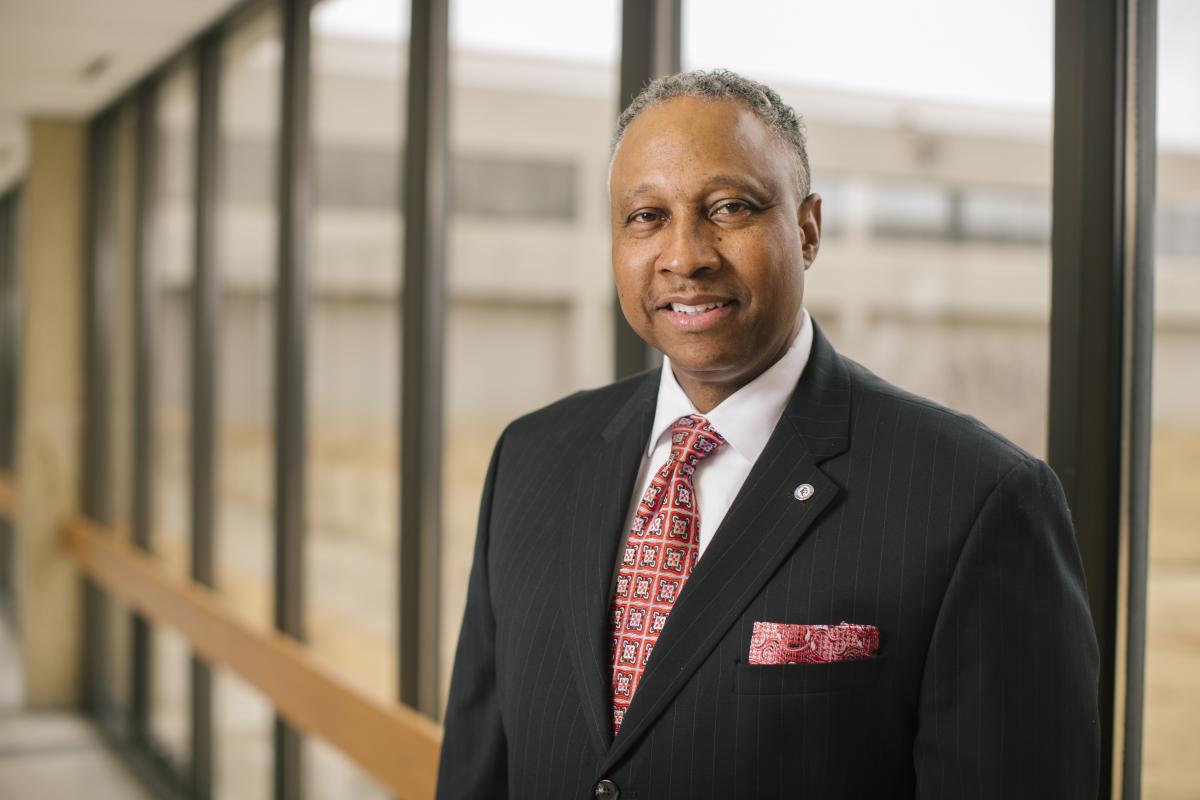 Samuel Combs, III, has served on the Tulsa Community College Board of Regents since 2016. He is president and chief executive officer of COMSTAR Advisors, LLC; an Oklahoma-based management advisory and private investment firm that specializes in helping executives leverage their effectiveness in business strategy, leadership, operations and regulatory affairs. Regent Combs has more than 30 years of profit-and-loss leadership at large public companies, and deep management experience in operations, consumer services and regulatory affairs. COMSTAR’s investment activities in banking, energy, healthcare, and manufacturing are primarily focused on growth-oriented Oklahoma companies.

Regent Combs is credited with leading the integration of the three operating divisions and creating the strategic architecture that resulted in ONEOK Distribution Companies achieving multiple years of record profits and sustained growth in investment returns. Regent Combs served as president of the Oklahoma Natural Gas Company division before his promotion to the ONEOK Distribution role. Prior to ONEOK and COMSTAR, he held management positions of increasing responsibility in the telecommunications industry with AT&T, and the former Southwestern Bell Telephone Company.

Regent Combs is a former board member of the Southern Gas Association; and, member of the American Gas and Midwest Energy Associations. Also, he is a member of the Institute of Industrial Engineers and a director of First Fidelity Bank, NA where he serves on the Compensation and Asset/Liability Committees and chairs the Governance Committee. He is an investor and advisory board member of healthcare provider, WellQuest-Tulsa. He is an owner of the WNBA Dallas Wings (formerly, Tulsa Shock) sports franchise, and has served on the WNBA Board of Governors, and its Labor Relations Committee.

Regent Combs is active in community and state affairs and co-chaired the “Step-Up Tulsa” community revitalization initiative. He is a past-president of Leadership Oklahoma and the University of Tulsa’s “Friends of Finance.” He is a former chair of the Oklahoma State University Alumni Association national board. Also, he has served on the executive committees of the State Chamber of Oklahoma, and the Oklahoma City Chamber of Commerce. Currently, he is board member of the John Hope Franklin Center for Reconciliation and has enjoyed serving as a volunteer and board member for numerous not-for-profit organizations statewide.

Regent Combs has twice been recognized among the most influential Blacks in Corporate America by Black Enterprise magazine in 2005 and 2009, respectively. Also, he is a member of the Washington D.C. based Executive Leadership Council of executives, and past president of Sigma Pi Phi, Inc., Epsilon Iota professional fraternity. Regent Combs received a Bachelor of Science Industrial Engineering degree from OSU; graduated from the Ross School of Business Executive Program at the University of Michigan and has completed studies at Harvard and Columbia Universities. 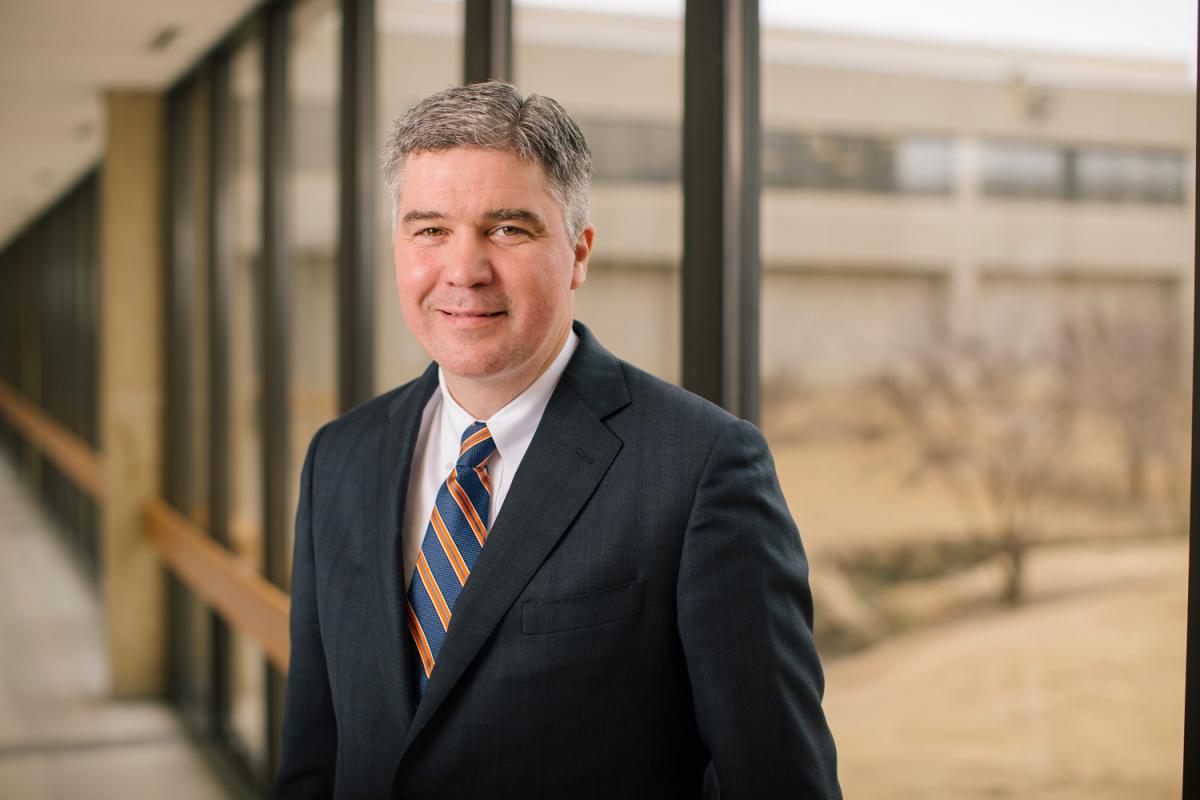 Paul H. Cornell has served on the Tulsa Community College Board of Regents since 2012. He is the founder and managing partner of Premier Solution Partners (PSP), a fast growing, multi-platform organization that partners with transformative technologies and helps grow them in the marketplace. He has 25-plus years of experience in public accounting, bank and bank holding company senior management, healthcare, and technology solutions. A results-oriented and highly organized leader, Regent Cornell is effective at finding creative solutions to challenges and getting results.

He served as President of Citizens Bankshares, Inc. and as a member of the CSB board of directors until a 2020 successful bank sale. Prior to Citizens, as President of Spirit Bankcorp, Inc. and Deputy CEO and Board member of at SpiritBank, Regent Cornell was responsible for affiliate expansion, development of an effective insurance agency solution, leading all capital market initiatives for the holding company, and development of an in-house secondary market mortgage solution. 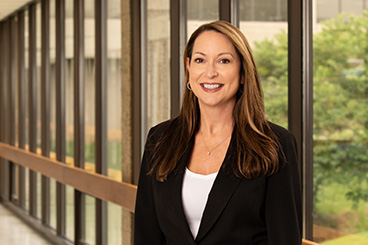 Jennifer Jezek was appointed to the Tulsa Community College Board of Regents in 2022 by Governor Kevin Stitt.

Regent Jezek is President and CEO of York Electronic Systems, Inc., a Native American woman-owned company in Tulsa, where she has worked since 2002. 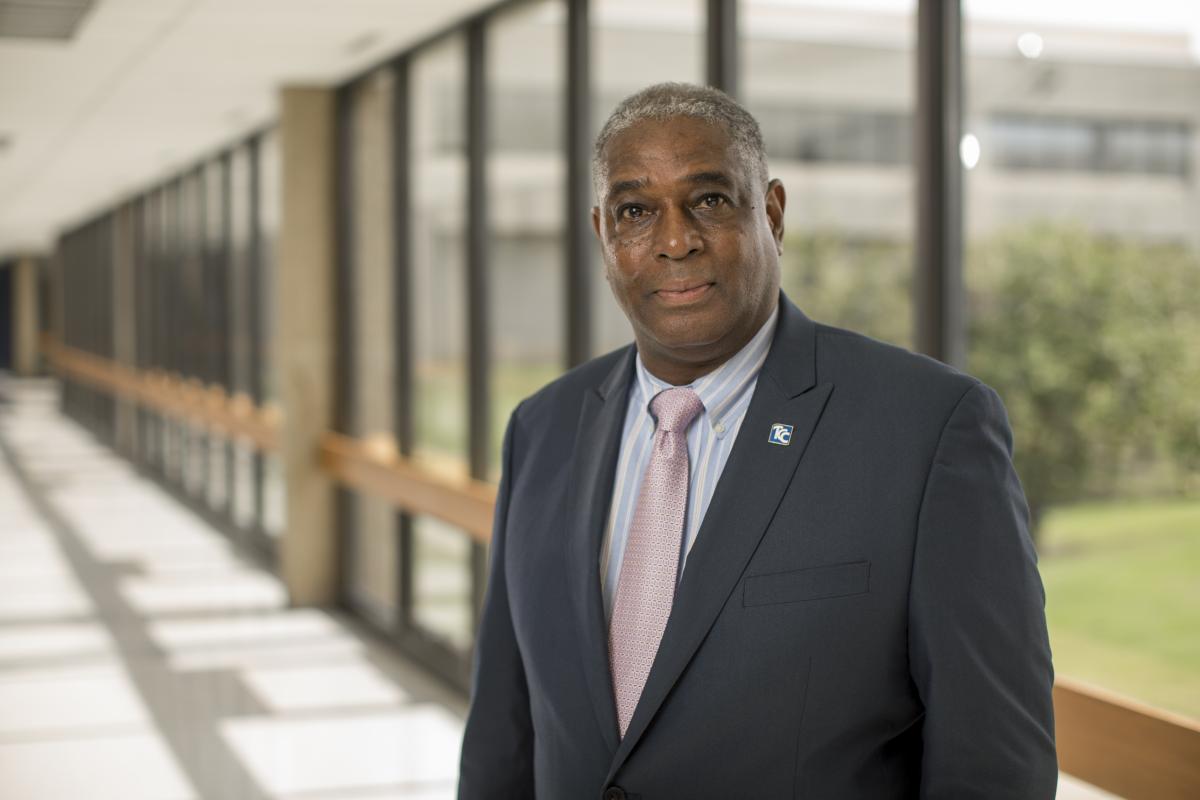 Wesley G. Mitchell was appointed to the TCC Board of Regents in 2017 by Governor Mary Fallin.

Regent Mitchell retired from Hewlett Packard Enterprises where he was responsible for service delivery from the data processing production facilities in Tulsa. In his executive role, he oversaw growth that filled the more than 80,000-square-foot Cherokee Data Center. In 2015, Mitchell’s team won the Hewlett Packard Enterprises President’s Quality Award for their support of American Airlines Group.

He has broad experience in the IT industry supporting primarily transportation, hospitality, and financial industry clients. He held numerous positions within the HP Enterprise Services organization where his considerable leadership experience and record of accomplishment led to his overseeing all aspects of Data Center Operations globally.

Regent Mitchell is a graduate of Howard University with a Bachelor of Business Administration degree in Marketing. While at Howard, he was a student athlete lettering in football.

His other board memberships include the Owasso Education Foundation, Junior Achievement of Oklahoma, Tulsa Regional Chamber of Commerce, Career Tech Business Advisory Board, State Education Superintendent Hofmeister's African American Advisory Council and Bishops Committee of Episcopal Church of the Holy Cross. He previously served as a trustee to the TCC Foundation.

If you wish to contact the board, email regents@tulsacc.edu.